Cabot Mill and Bow Street apartments from the Topsham path

Our Mission
The mission of the Riverwalk Advisory Committee is to bring together the Topsham and Brunswick communities to design, support, and create a 1.25-mile dedicated recreational in-town loop. The plan envisions a safe, year-round, fully-accessible route along the Androscoggin River that encompasses and enhances the Swinging Bridge and the Main(e) Street Bridge for the purpose of connecting the two towns through education, recreation, transportation, and promotion of healthy lifestyles.
The Committtee
The Riverwalk Advisory Committee was formed in 2007 and is comprised of citizens, businesses, organizations, and public officials from Brunswick and Topsham.

Joshua Katz, Chair, Brunswick citizen
Josh has a B.S. In Environmental design from the University of Massachuseets, M.S in Hydrogeology from the University of Nebraska. He served over 23 years at Maine DOT working with water supply and road salt issues.  Very recently retired, Josh is a practicing Licensed Site Evaluator, designing septic systems for the past 25 years, operating a consulting business dealing with road salt issues. Born and raised in NJ, (suburban NYC), lived for a time in Nebraska, New Mexico, Michigan, and Vermont, traveled parts of the country by bicycle, and ran a bicycle repair shop in Boston before settling in Maine, marrying Joanne Rosenthal, and fathering two sons who have recently graduated college.  Josh has a golf habit, and loves walking, running, and bicycling in the many beautiful places in Maine.  Serious sauna time, gardening, fine turf management, cross country skiing, and watching the tide come and go in Maquoit Bay are favored activities. 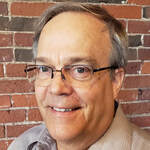 Rick Wilcox, Vice-Chair, Topsham Resident
Rick is a financial advisor with First Command Financial and one of the original tenants in Fort Andross from when it was renovated in the 1980s.  He and his wife Laurye moved to Topsham in 1984 from Maryland. Rick and his dog Prancer frequent many walking paths locally, and he and his children when young walked to the Swinging Bridge to play “Pooh sticks.” Rick also enjoys bicycling, reading, fix-it projects, and disc golf with his son.  Completing this pedestrian loop will further enhance the community feel of the Fort Andross and Brunswick area.

Don Gower, Secretary, Topsham citizen
Don retired in 2011 after working forty years at the B & M Baked Bean factory, located in Portland, Maine.  Over the years he worked many different jobs including Plant Worker, Quality Control, Production Supervision and Plant Manager.  He now enjoys spending more time with his wife Lucy and their three Grandchildren.  Don lives in the Topsham Heights Neighborhood and also serves as secretary of both the Board of Directors for Save Our Swinging Bridge.Org and the advisory committee of the Androscoggin Riverwalk

Alison Harris, Treasurer, Brunswick citizen
Alison has served on the Riverwalk Advisory Committee since 2007 when she and her husband moved to Maine, initially as a Topsham resident and, since 2009, as a Brunswick resident.  Currently, her other volunteer activities include the Brunswick Visitor Center, People Plus, the Topsham Garden Club, the Joy of Art and Joy of the Lens exhibits at the Topsham Public Library, and the Maine Community Foundation’s Cumberland County Advisory Council. She served for three years as a member of the Brunswick Town Council. Currently, she is a member of the Brunswick Planning Board; "Plan Brunswick," a committee recommending revisions to the town's comprehensive plan; and "MPIC," a committee created to implement the Master Plan for Downtown Brunswick and Outer Pleasant Street.

William A. Brillant, Member, Brunswick Citizen
Bill lives in Brunswick, grew up in the Topsham Heights area near the Swinging Bridge, and has fond memories of making it sway back and forth while on his way to visit his grandparents.  Bill works as the Customer Service Manager for Downeast Energy. He is actively involved in numerous non-profit groups, including the Topsham Expresso Rotary Club (for which he has serves as Vice President). He is also on the Board of Directors of the United Way of Mid Coast Maine (where he most recently chaired the Basic Needs Council).

Tom Farrell, Member, Brunswick Parks & Recreations Department
Tom serves as Director of Parks and Recreation for the Town of Brunswick. He has previously served as President of both the Maine Recreation and Park Association and National Recreation and Park Association.  Locally, Tom chaired the effort in Brunswick to create the Androscoggin River Bicycle Path, winner of both the 2000 Maine Association of Planners Award and the 2001 East Coast Greenway Trail of Merit Award. He is currently leading the effort to construct 7 miles of new trails on the Kate Furbish Preserve located at Brunswick Landing which overlooks Harpswell Sound. In addition, Tom previously received the 2016 Bowdoin Spirit of Service Award. He is a long serving member of the People Plus Board of Directors and currently serves as Chair of its Teen Center Advisory Committee.  His professional and personal efforts have been driven by his commitment to the Brunswick Community and a conviction that all people especially our most vulnerable neighbors have access to resources to live a healthy and joyful life. 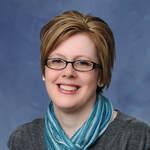 Melissa Fochesato, Member, Mid Coast Center for Community Health & Wellness
Melissa is the Director of Community Health Promotion for Mid Coast Hospital, working with partners to encourage and support healthier and happier communities in Sagadahoc County, Brunswick and Harpswell. Melissa lives in Brunswick with her family, who love to walk, bike and hike around Maine!

Pam LeDuc, Member, Topsham Parks & Recreation Department
Pam serves as Topsham’s municipal liaison to the committee. She was appointed Director of Parks & Recreation in Topsham 31 years ago.  She oversees a 75 Program department with an extensive sport program including basketball, softball, cross country, baseball and soccer and a variety of sports skill clinics. Pam has led state and national recreation organizations: President and Vice President of the Maine Recreation and Park Association.  Vice Chair and Chair of the New England Regional Council of the National Recreation and Park Association, in addition to chairing a variety of Conferences and Clinics in the Parks & Recreation in the New England Region.  As Legislative Liaison (eight years) for the Maine Recreation and Park Association Leduc has traveled to Washington, DC to lobby on legislative issues including; Land and Water Conservation Funds, Transportation Enhancement Funds, Juvenile Justice Programs, and Century School Formulation. Pam resides in Topsham with her husband of 38 years.

Nancy E. Randolph, Topsham citizen
Nancy operates Just Write Books publishing Maine books by Maine authors telling Maine stories and now offers consulting and coaching for writers. An active community member since 1986, Randolph served on the Topsham Board of Selectmen in the late 1980s and the Brunswick Town Council in the early 2000s. She co-chaired the rehabilitation effort of the Androscoggin Swinging Bridge and guided the planning and creation of two riverside parks at each end of the bridge. Along with two others, she founded, and continues to serve as a member of the board of directors for Save Our Swinging Bridge.Org to ensure the maintenance of the historic bridge. Randolph coordinates the annual benefit 5K for the bridge.

Dorothy A. Riendeau, Member, Topsham Resident
Dottie is a switchboard operator/receptionist at Wright-Pierce in Topsham and has been employed there since 2006. Mrs. Riendeau is a life-long resident of the Topsham Heights neighborhood. In addition to the many years in which she volunteered in the local schools attended by her children, she has in most recent years completed many fundraisers for the Mid Coast Hunger Prevention Program as well as the Tedford Shelter with the cooperation and support of her employer and fellow employees. In 2012 she was voted Volunteer of the Year by the United Way of Mid Coast Maine after being personally active in their fundraising campaigns since 2007.
Honorary Members
Jay Astle, Brunswick Public Works Department
Jeff Deletetsky, Topsham citizen (Active Member 2007-2012)
Anthony Gatti, Waterfront Maine
Cathy Lamb, Brunswick Citizen (Co-Chair or Chair 2007-2019)
Anne V. Marr, former Brunswick citizen  (Active Member 2006-2012)
Debra Wigand, former Brunswick citizen (Active Member 2007-2018)
Fred Wigand, former Brunswick citizen & Topsham business owner (Active Member 2007-2018)

Click here to send a message to the Riverwalk Advisory Committee.